What is Basic Income?

What is Basic Income?

Basic Income, often refered to as Universal Basic Income or a Basic Income Guarantee is a system in which all of the citizens of a country get a certain amount of income from the government -- unconditionally. This income would be received regardless of other income from work or any other limitations.

Basic Income would, in theory, allow for the removal of many other government support programs which would no longer be necessary. It would also give citizens the ability to survive without work. In turn, those who do continue to seek employment would earn a living at a standard above the minimum.

This system is a more efficient option than having a variety of cluttered, complicated, and bloated welfare and assistance programs. The goal would be to spend a similar amount of money in total, but with a far more efficient result. The amount given each individual would need to be enough for a single person to survive. Consequently, this would result in a lower homeless rate, and less people without enough money to eat or pay rent. At the same time, it allows those who can and do work to have free income to spend on things that aren't bare necessities, fueling the economy.

Because of automation and workforce efficiency. We are becoming too good at technology, essentially. The need for human workers in the workforce is slowly shrinking and will shrink far more rapidly in the future. As an example, driving jobs will be non-existent within decades, given the advance of significantly safer and more efficient automated vehicles. These advances in technology are good things but we must be prepared to deal with a modern, civilized society which has more unemployed than employed citizens. We must be ready to change the way we think about income and the economy.

Basic Income is the first step towards that goal. With a Basic Income implemented, we would be able to unravel our medical systems and our aid and support programs, and begin to turn our attention what the next steps are in order to handle the future.

Where is Basic Income Needed?

Basic Income is needed everywhere. It will most likely be easiest to implement in countries with pre-existing frameworks of government assistance or government subsidized programs that can be dismantled for funding. Impoverished countries may find it harder to implement a Basic Income without outside help, in the short term.

When Would Basic Income be Implemented?

Now! Basic Income needs to be part of the global conversation, right now, to allow the world to prepare and be ready for the time when it is actually needed. No government acts quickly, especially on a program of this magnitude. It will take time to iron out a system that works in any specific case, so the time to start the discussion is now.

How Would Basic Income be Implemented?

The most important part of this solution remains to be discussed. How would a country implement Basic Income? Where would all of the money come from? Under a Basic Income system, a country would likely no longer need:

How Do I Get Involved?

First and foremost, talk about it. Join the conversation. Talk to friends, family, and online communities about it. Sign up at the email list below if you like, and if we accumulate enough people, more things may come out of this platform. Finally, take a look at these resources, which go into much more depth than this simple informational page does: 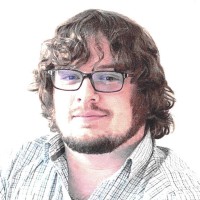 I tweet about tech, Internet, and other content - including Basic Income and the future of automation - at @jeffreylees.